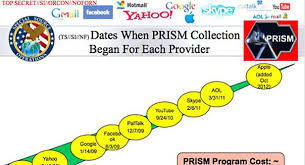 It’s been there for a while. Since last year at a very least. Nothing drastic, nothing urgent, not even troublesome. But still there. Gaping:

I stepped over it, around it, across it everyday. Mostly I passed over it oblivious. Until one day it registered; I think it was one rare sunny day when the hiatus in rain, wind and cold let the senses wander without risk of drowning or frostbite, and focus on something else.

Whatever ‘it’ is. In days of old, it might have been time for a trip to the library, or maybe a bat-shaped silhouette beamed onto the night sky. Though I doubt Batman ever concerned himself with missing valve covers. For it turns out that that is what ‘It’ is. A valve cover. Dozens of them – unobtrusive, ignored – on every street. Only noticed when gone. Never missed, just gone.

And then a vague recollection of something read online came to mind. Fix my something? The interweb to the rescue again: FixMyStreet.ie. Not an Irish innovation – copied from something similar England, where small problems could be reported to local authorities. But a good idea is a good idea – until the originators (step forward Fine Gael) lost the domain name. Oops.

And then the good folks of the non-profit MyGov.ie relaunched the site. It’s still at FixMyStreet.ie

Today I eventually posted the missing valve cover on the list. Will anything happen? Will it be fixed? Will the vicious valve vacuity be vanquished? The tension is….well, entirely absent to be honest but it will be interesting to see what, if anything, happens.

Glad to be able to report that FixMyStreet has produced a positive result, and Dublin Corporation has replaced the missing cover. Sometimes the system works!

My grandfathers on both sides were masons. Stonemasons, that is, with leather aprons but without the funny handshakes. Grand-uncles and uncles were also in the same craft.  Their work adorns walls and bridges all over County Carlow. I’m the first to break a century and more of tradition.

Then again, maybe it depends. Stonemasonry involves picking and then shaping the right stone for the right place in a greater structure. Done right the result is solid and sometimes even downright impressive, as much art as craft.

Picking and placing words in a sentence, and a sentence in a paragraph and paragraphs into a finished article or story follows the same process – only the materials differ.

So maybe the stonemason gives way to the wordmason? And something of the tradition’s essentials continues? It would be nice to think so, if only in some small way.